14 Phere, starring Vikrant Massey and Kriti Kharbanda, has all the elements of an Indian ‘shaadi’ – emotion, drama, romance, song and dance, comedy, family values ​​and at its core – a madly in love couple. That’s why there’s a song that represents every atmosphere of the movie! After the great success of the first 2 released tracks, the makers have now released the full audio album and video of the third track, ‘Aag Ka Dariya’.

The songs released are “Hum Dono Yun Mile,” which celebrates the college day romance of Sanjay (played by Vikrant Massey) and Aditi (played by Kriti Kharbanda), and “Chamak,” the hit dance song that makes people groove and dance in celebration. On the list comes another happy and cheerful song, ‘Aag Ka Dariya’, sung by Raajeev V Bhalla, Romy and Rajnigandha Shekhawat, the music is by Raajeev V Bhalla and the lyrics are by Geet Sagar.

The jukebox also contains two songs sung by the veteran, Rekha Bhardwaj – ‘Ghodi Chadke’, the perfect shaadi song that encompasses the feeling of a haldi and baraat, and ‘Ram Sita’, a devotional song with soothing music. There’s also ‘Shor Sharaba’ which is an upbeat, fun and groovy song that adds to the ‘shaadi’ vibe and last but not least there’s another romantic song ‘Hai Tu’ that will remind listeners of their loved ones.

While the music for all the songs except the song ‘Ram Sita’ is composed by Raajeev V Bhalla, the lyrics are written by Geet Sagar, Pallavi Mahajan, Shloke Lal and Raajeev himself. Produced by ZEE Studios, directed by Devanshu Singh, and written by Manoj Kalwani, 14 Phere revolves around Sanjay Singh, a ‘Rajput’ from Bihar and Aditi Karwasra, a ‘jat’ from Jaipur, and their love story, adventures and misadventures. Loaded with the drama and chaos of a quintessential Indian wedding, but multiplied by two, 14 Phere will premiere on ZEE5 on July 23. 14 Phere 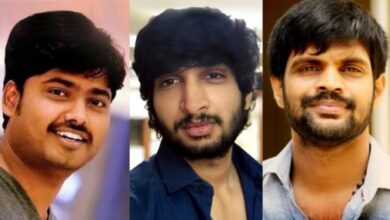